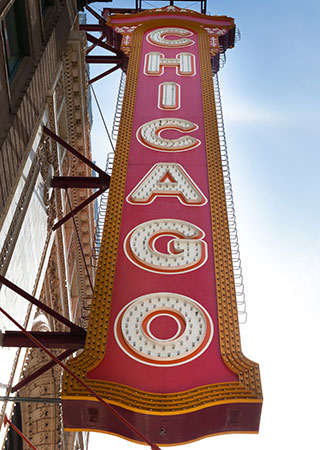 I am not even going to try to put these into order, so these are in a random order. Different sports and different eras makes it incredibly difficult to rank them in any kind of order, but these (in my incredibly humble opinion) are ten of the top players in Chicago sports history. We have players from the Chicago Bulls, the Chicago Blackhawks, the Chicago Bears, the Chicago Cubs, and the Chicago White Sox. Hope you like the list.

OK, so I know that I said that the list was not in any order, but how do you not start a list of the greatest athletes in Chicago history with Michael Jordan. He was the best basketball player of all time and arguably the greatest athlete of all time. He turned the Bulls into a dynasty leading them to 6 Championships, and the only reason that he did not have more than five NBA MVP awards is that people got tired of voting for him. He played 13 seasons with the Bulls averaging over 31 points a game (we will conveniently choose to ignore his Wizards years)

The first football player on the list would have to be Gayle Sayers, a great running back that was tragically hampered by injuries. There were only four seasons where he was “mostly injury free” starting at least 13 games, and he was magnificent in all four. He twice led the league in rushing, went to the Pro Bowl four times and was a first team All-Pro five times. The ultimate case of what might have been had he not been hampered by so many injuries.

Ryne Sandberg may be a bit of a curious choice because he was not really a standout in any offensive category. But he excelled in all of them. He hit for average, he hit for power, he drove in runs, he stole bases, and he was an excellent second baseman. Sandberg was the MVP in 1984 and was a perennial all star. The ultimate unsung hero.

Nicknamed the Big Hurt, Frank Thomas is unquestionably the greatest Chicago White Sox player ever to play the game. Whether he was playing first base or DH, the man could simply hit. He hit 448 home runs as a White Sox player (he ended up with 521 overall) as well as almost 1,500 RBIs. Thomas won the AL MVP two times and as his stats show, consistently put up monstrous numbers, year in and year out.

Think of the Chicago Bears at middle linebacker and you think of Mike Singletary. In the 1980s he was simply the best in the league. The Bears created the 46 Chicago defense because of his dominance and were able to ride that to win Super Bowl XX. Singletary twice won the Defensive Player of the Year (1985 and 1988) because he was simply unstoppable.

When you think of the Chicago Cubs, one name jumps to mind – Mr. Cub, Ernie Banks. Banks spent all 19 of his seasons in the Majors at Wrigley Field, hitting home runs for the Cubs. Playing both first base and shortstop, Banks retired with 512 home runs and over 1,600 runs batted in. Throw in two MVP awards and you lock up a spot on this list.

If you want a name that means something with Chicago Bears fans, it is Walter Payton. Good guy? Check. Hard worker? Check. Super Bowl Champ? Check. NFL MVP? Check. Payton did it all and did it the right way. He was the all time rushing leader when he retired (he is currently second behind Emmitt Smith) having played in 9 Pro Bowls throughout his illustrious career. Easily the greatest Bear in the history of the franchise (a title we don’t see him relinquishing any time soon).

Of course the Blackhawks have a huge list of players that could be on a list like this – just look at the levels of success that they have had over the years. But Bobby Hull has to be at the top of the list of great Blackhawks. He played in Chicago for 16 years, scoring over 600 goals and 500 assists. He is still first in career goals for the Blackhawks, showing how great he truly was.

Sure, Scottie Pippen was never even the best player on any of the 6 Championship teams that he played for – but there is no disrespect in that if Michael Jordan is on your team. While Pippen would have been the top dog on almost any other team in the league at the time, he was the perfect compliment to Jordan. Always willing to do whatever needed to be done to win, even without the plaudits. Of course Jordan gets most of the credit for the 6 championships that the Bulls won, but how many would they have won without Pippen? I can’t imagine that it would have been 6.

Sure, Bobby Hull scored more goals for the Blackhawks, but Stan Mikita had more total points. Mikita was an amazing player over a 22 year NHL career spent entirely with the Blackhawks. His two Hart Memorial trophies (67 and 68) and his part in the Blackhawks’ Stanley Cup win at just 20 years of age earn him a place on this list.